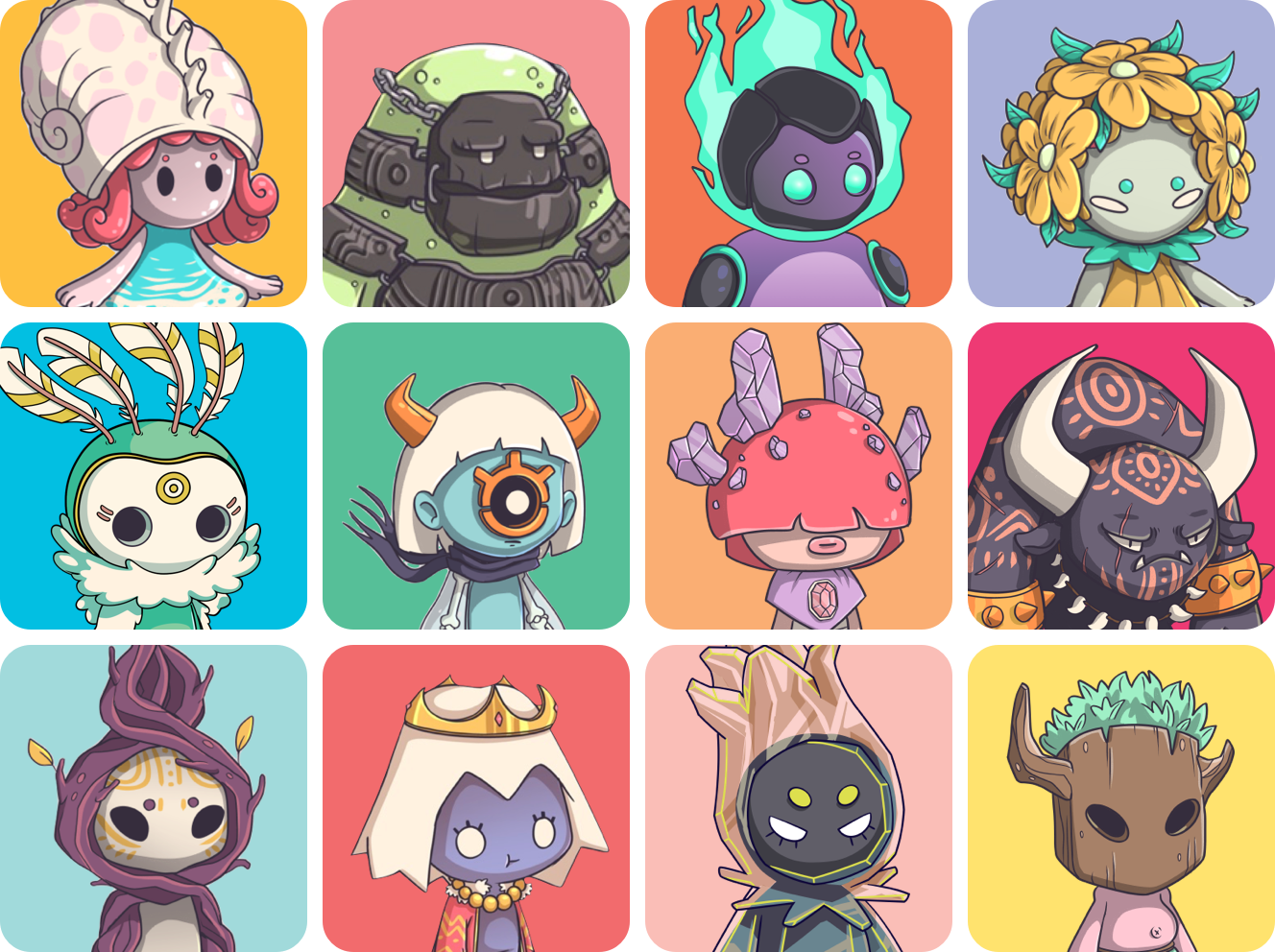 This collection of 33,000 gives each owner a way to customize their Idols with upgrades/updates based on their wallet activity. The goal of Idols is to give the Juno/Neta/Cosmos community a high quality, robust set of characters they can collect and teams/dApps can integrate into their services.30% of Idols mint will go to the Neta DAO treasury. 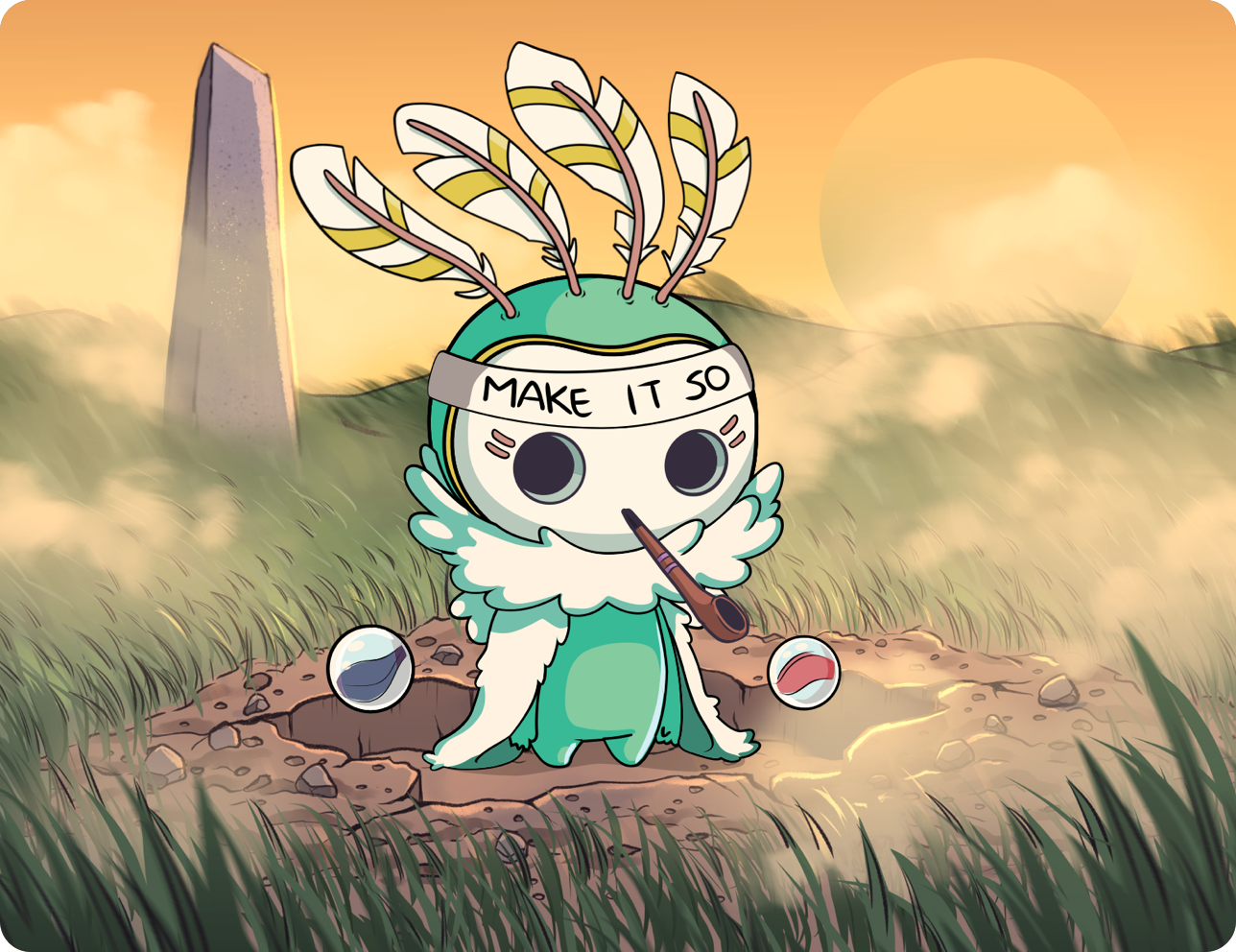 The wisest of the idols, Juno is the oracle of the idols. Neither male or female Juno exists outside as a different type of idol. Juno has legs but never walks, only floats a couple inches off the ground. Juno likes to smoke its pipe and seems to float on that cloud of smoke. 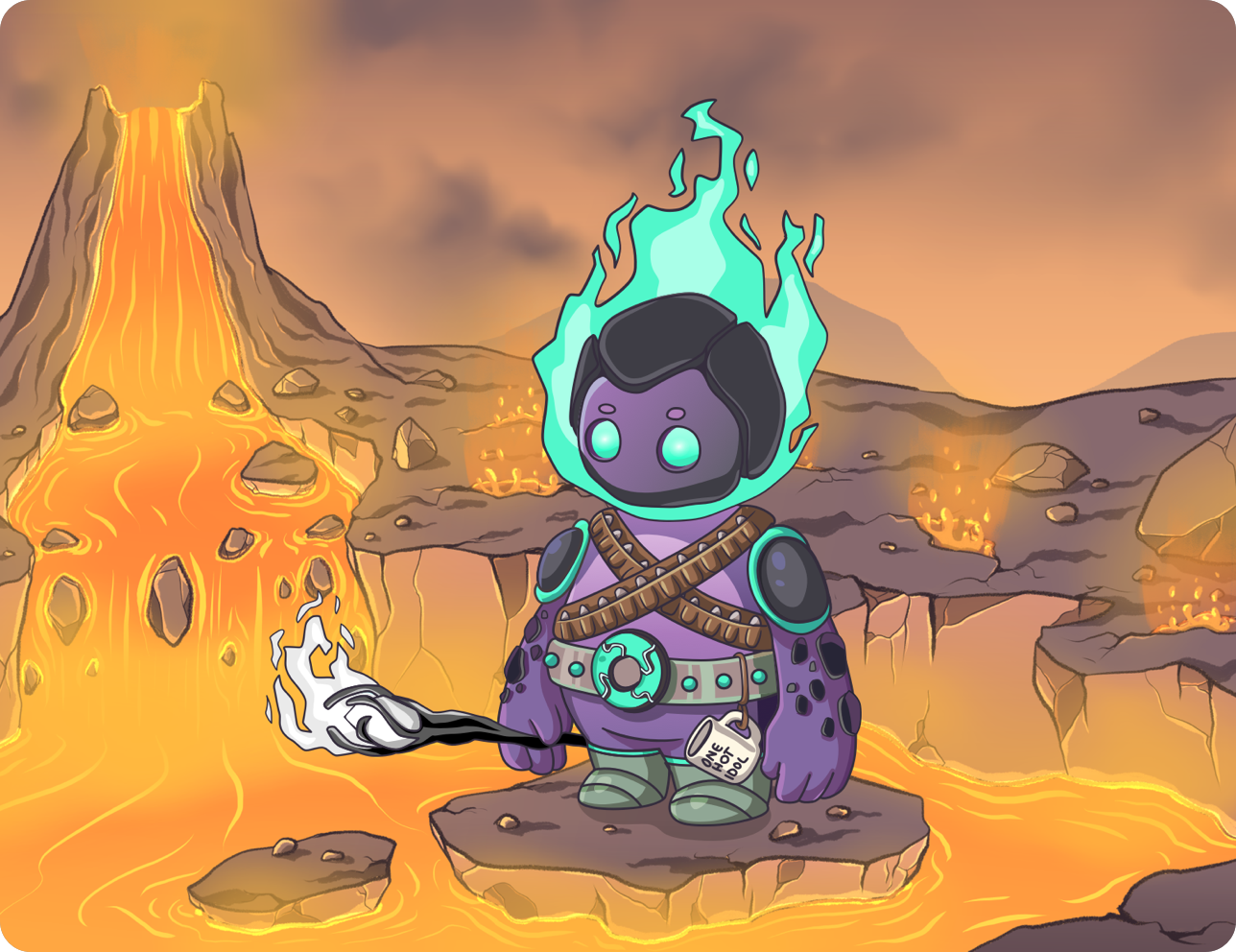 The youngest idol, Janus loves to build things, and uses whatever is around him to make his creations. Slightly mischievous but mostly good natured. 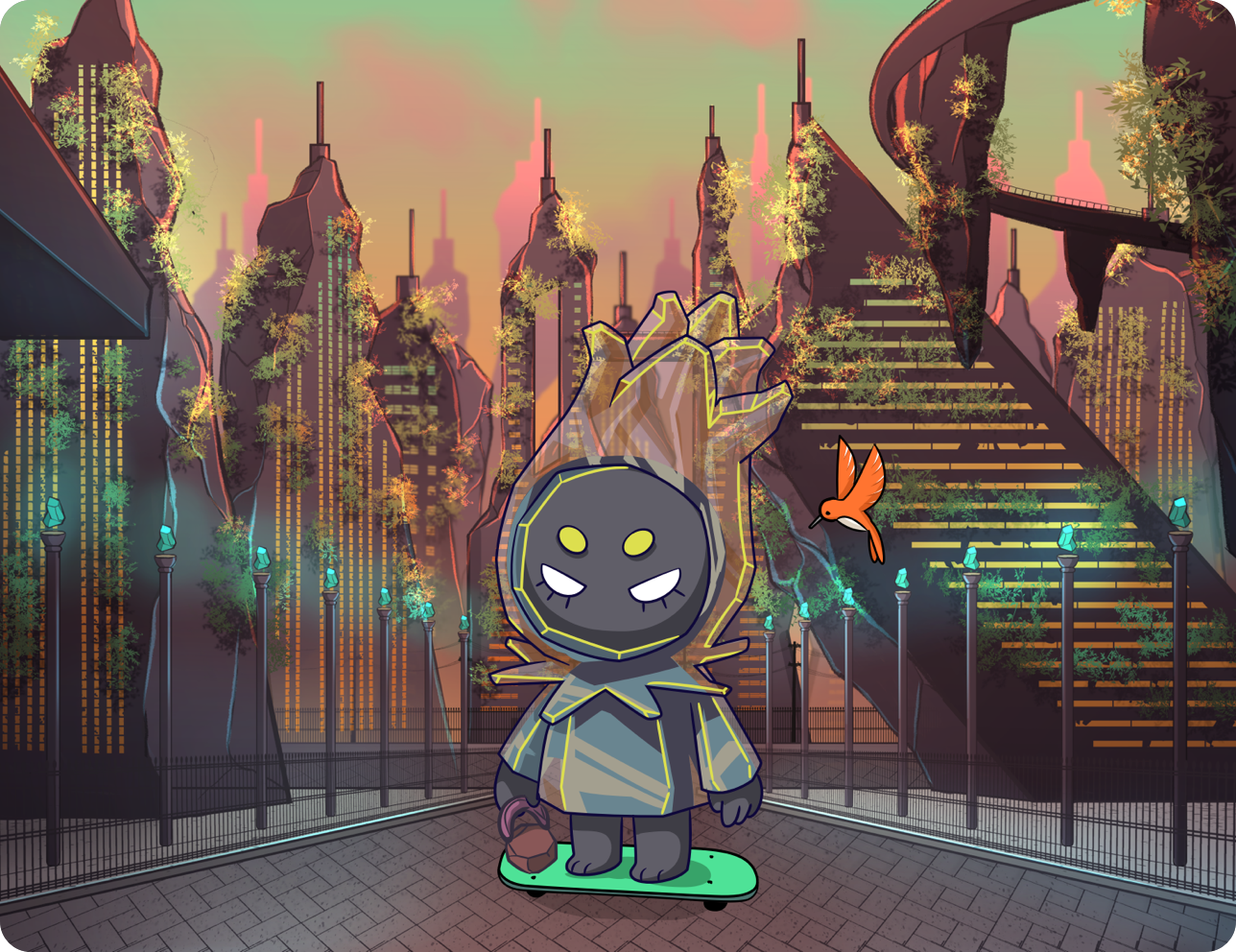 While most idols are mild in nature, Vulcan is the most aggressive. Very strong, but not a body builder. Vulcan is always showing off her feats of strength by climbing trees. You will often see branches, twigs or birds nets in Vulcan’s hair because of their climbing. Don’t mess with Vulcan. 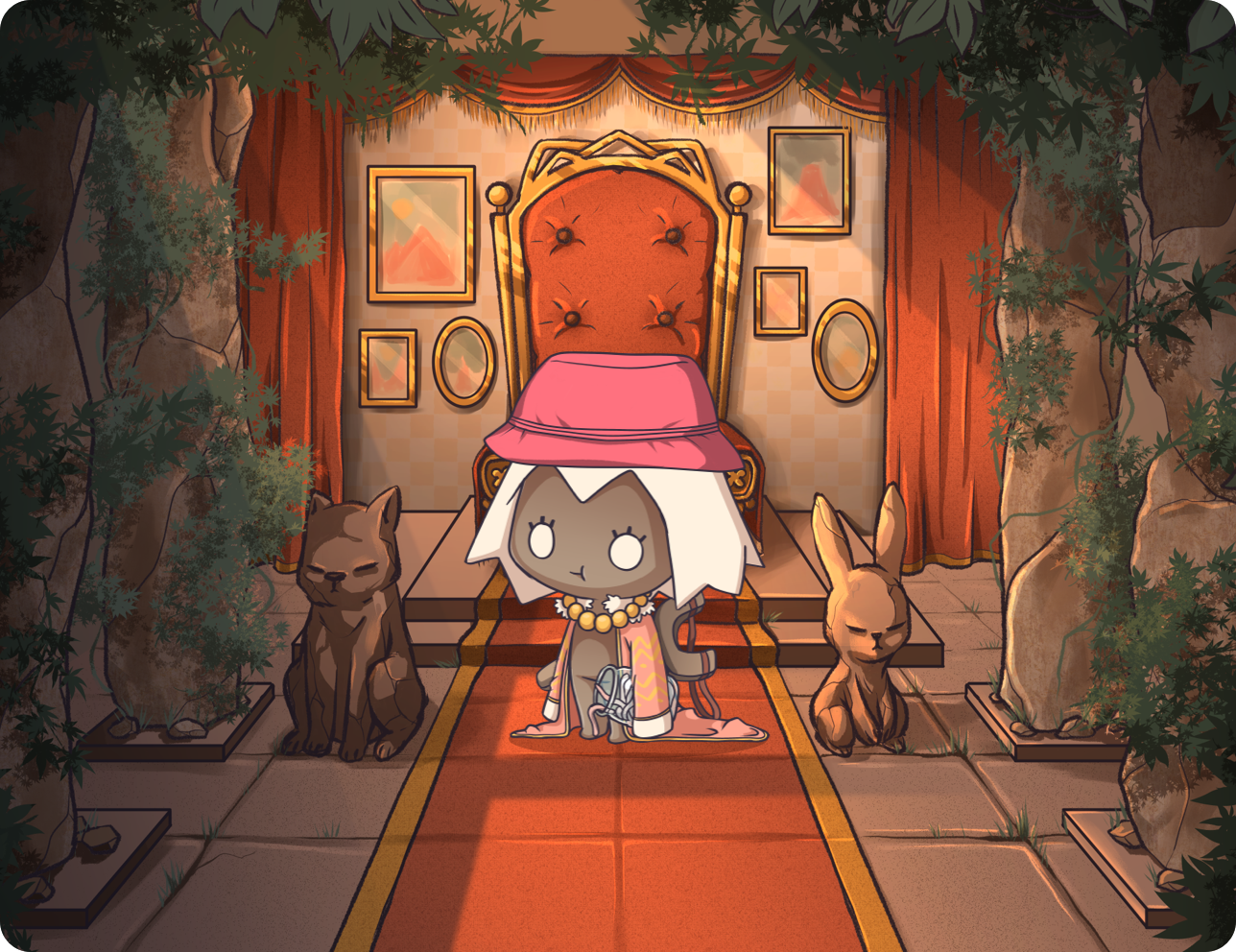 The oldest of the idols but doesn’t look it, Pomona also is the unofficial leader of the idols. She wears lots of hats and jewelry. She is always eating something usually it is a bug or worm. 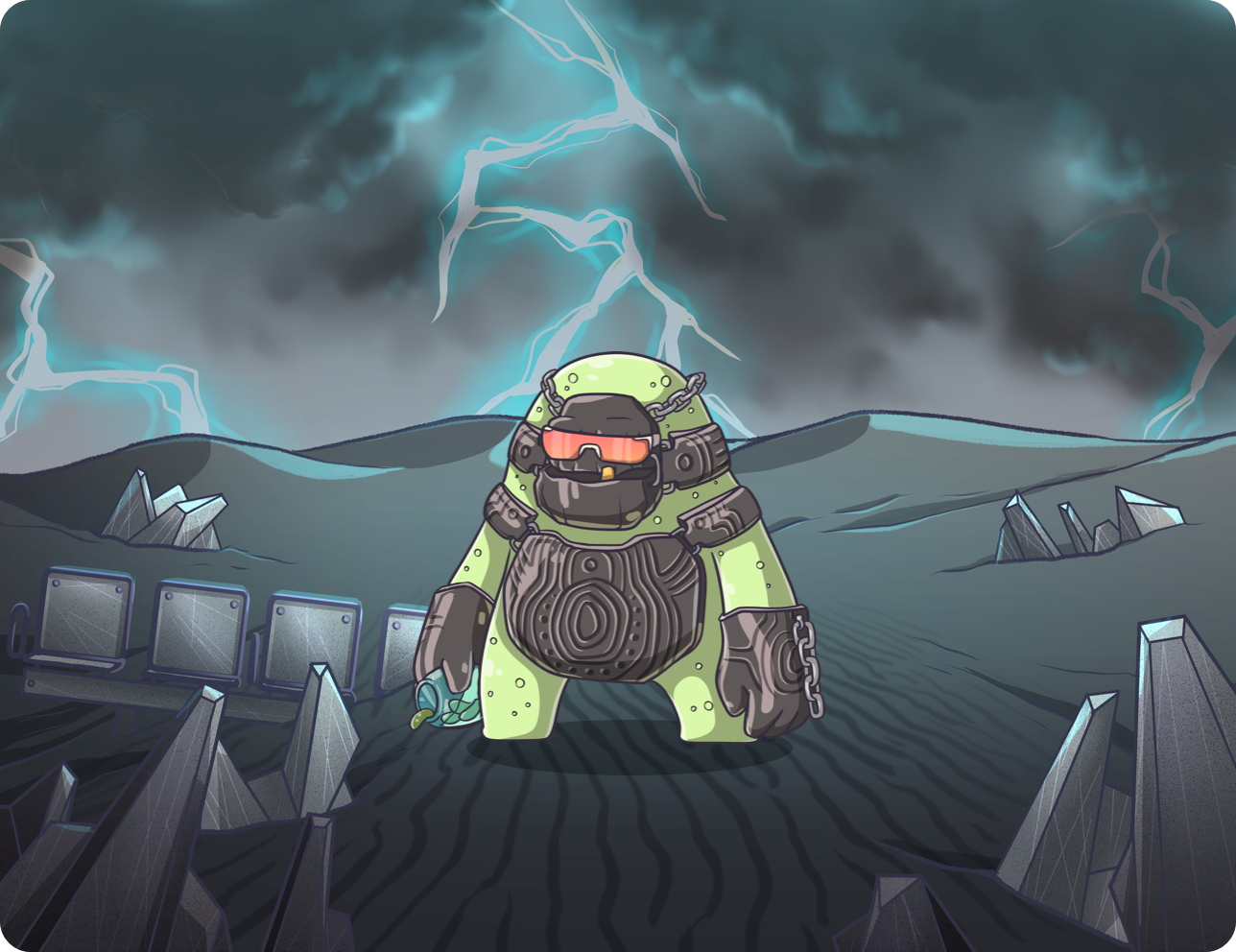 The laziest of the bunch, Furrina pretty much only lounges and eats. He doesn’t care what he eats, but he loves it. He also loves telling stories and jokes. He is pretty old and for some reason shows his age. His skin is different than other idols as it has a textures almost reptilian look to it. 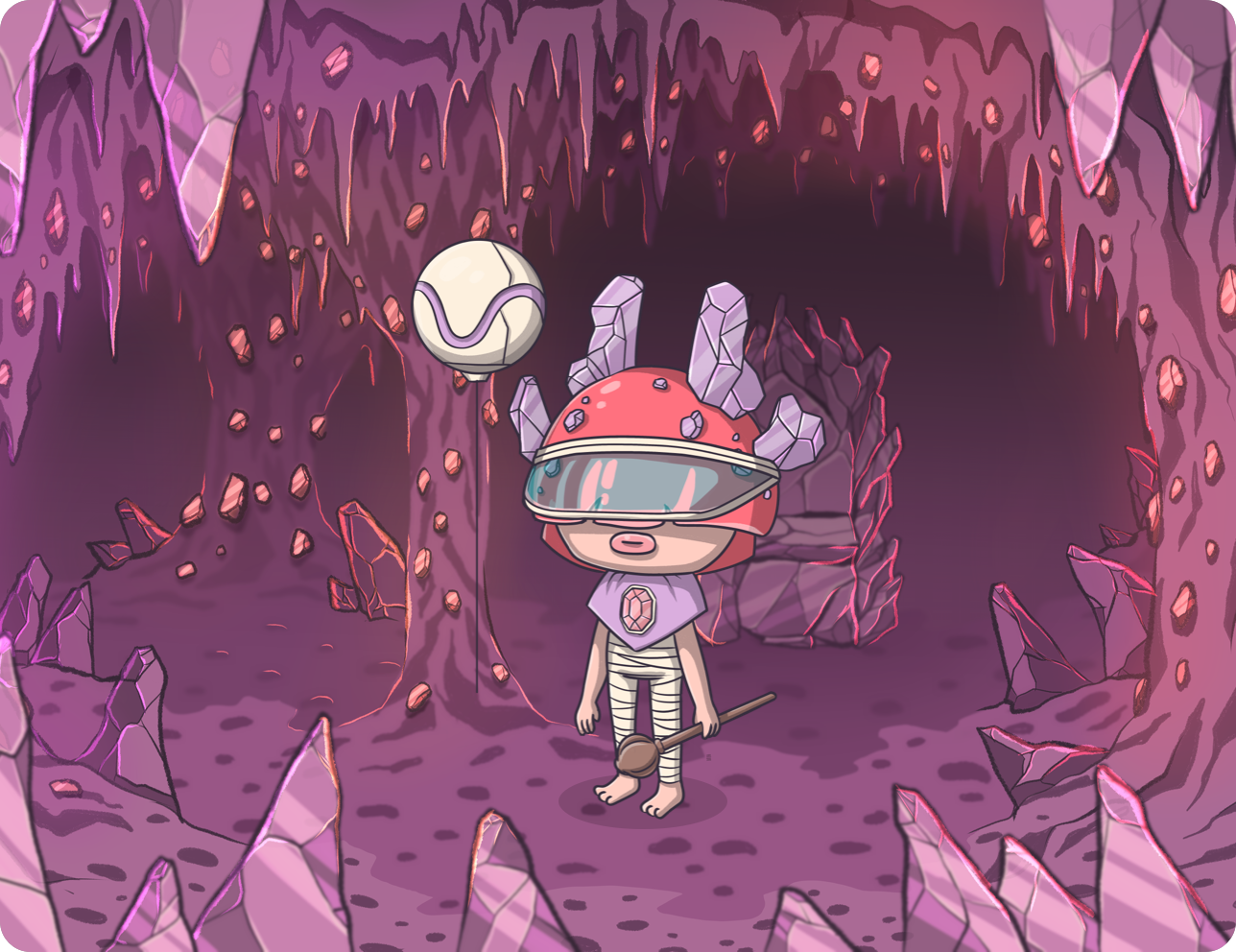 Ceres is very suspicious or everyone and everything. Not scared but also not really confident. Ceres is a fraternal twin to Luna. They live next to each other but have completely different personalities and tastes. Ceres is the rule follower of the group. 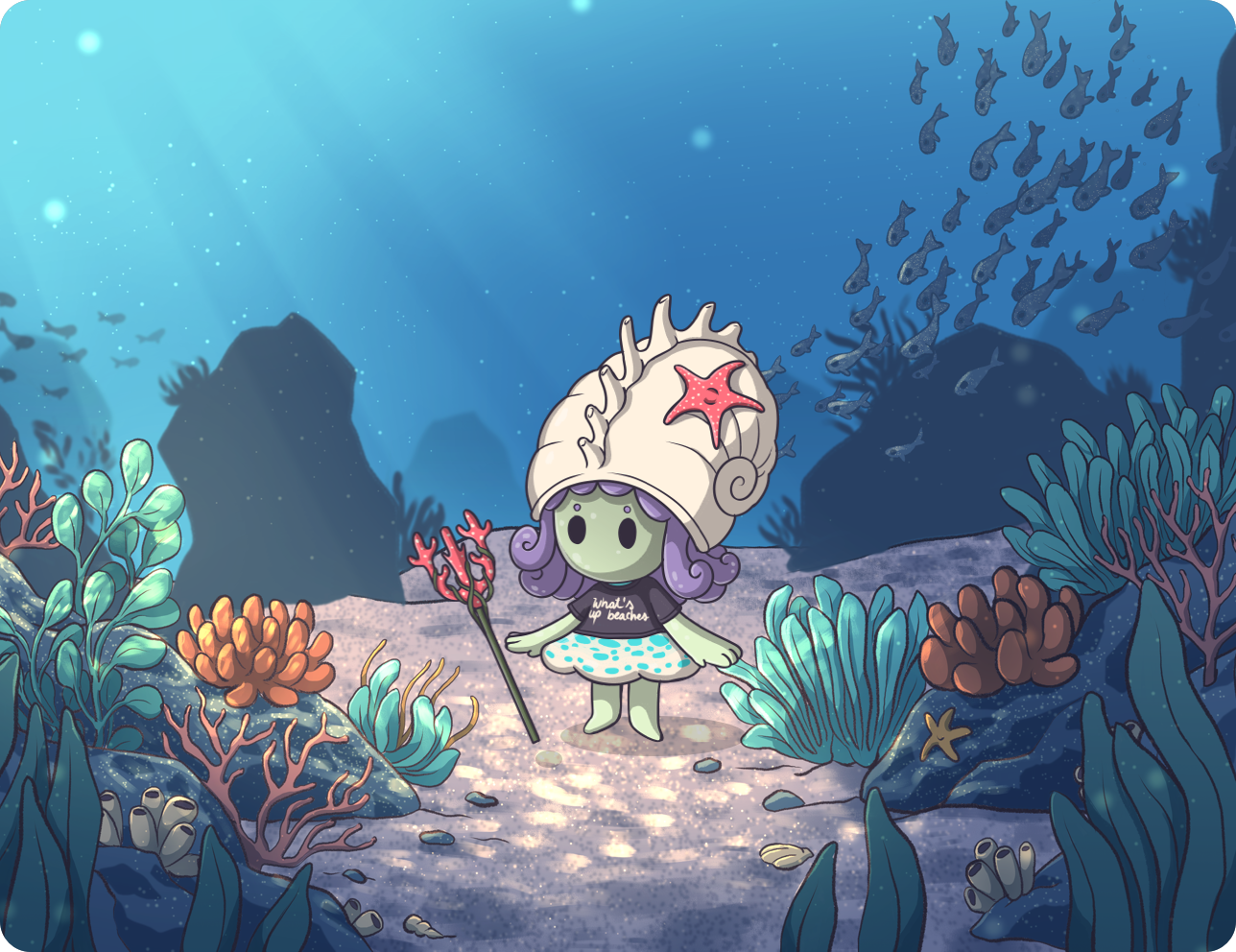 Orcus loves to walk on land but is always wet looking. She is vibrant and cheery with nothing to hide. She wears sea shells as jewelry and winks a lot when she is excited. 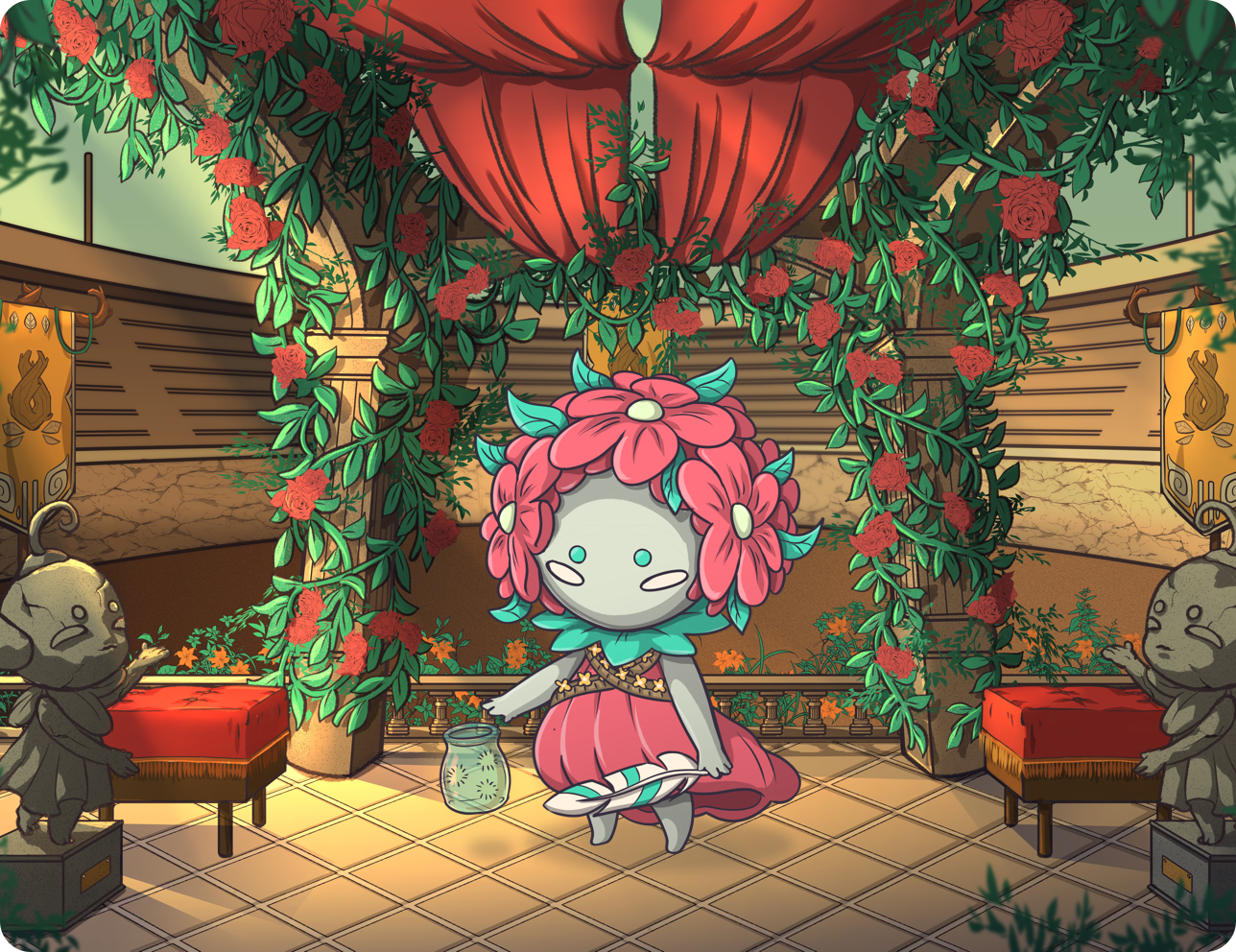 Luna is the fraternal twin of Ceres. She is caring, wise and loves to write. She can be seen always with a note pad, pen and ink smudges on her hands and face. She is nice but not gullible. She leaves a trail of flowers in her wake. 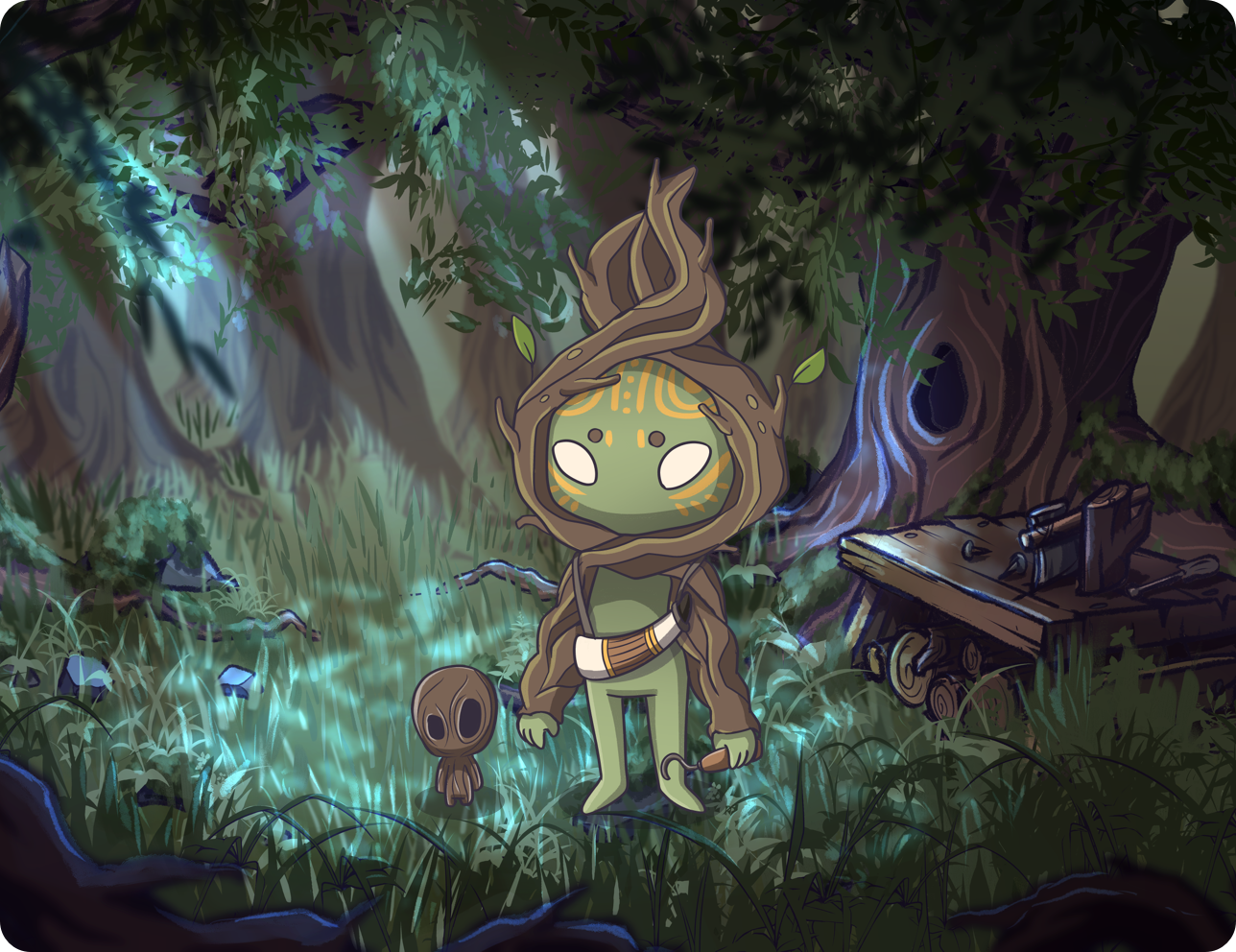 Apollo is a craftsmen and loves to sit in the forest making things out of wood. His creations then come to life around him and serve him. They are always around his feet. Apollo does not care about anyone but himself. 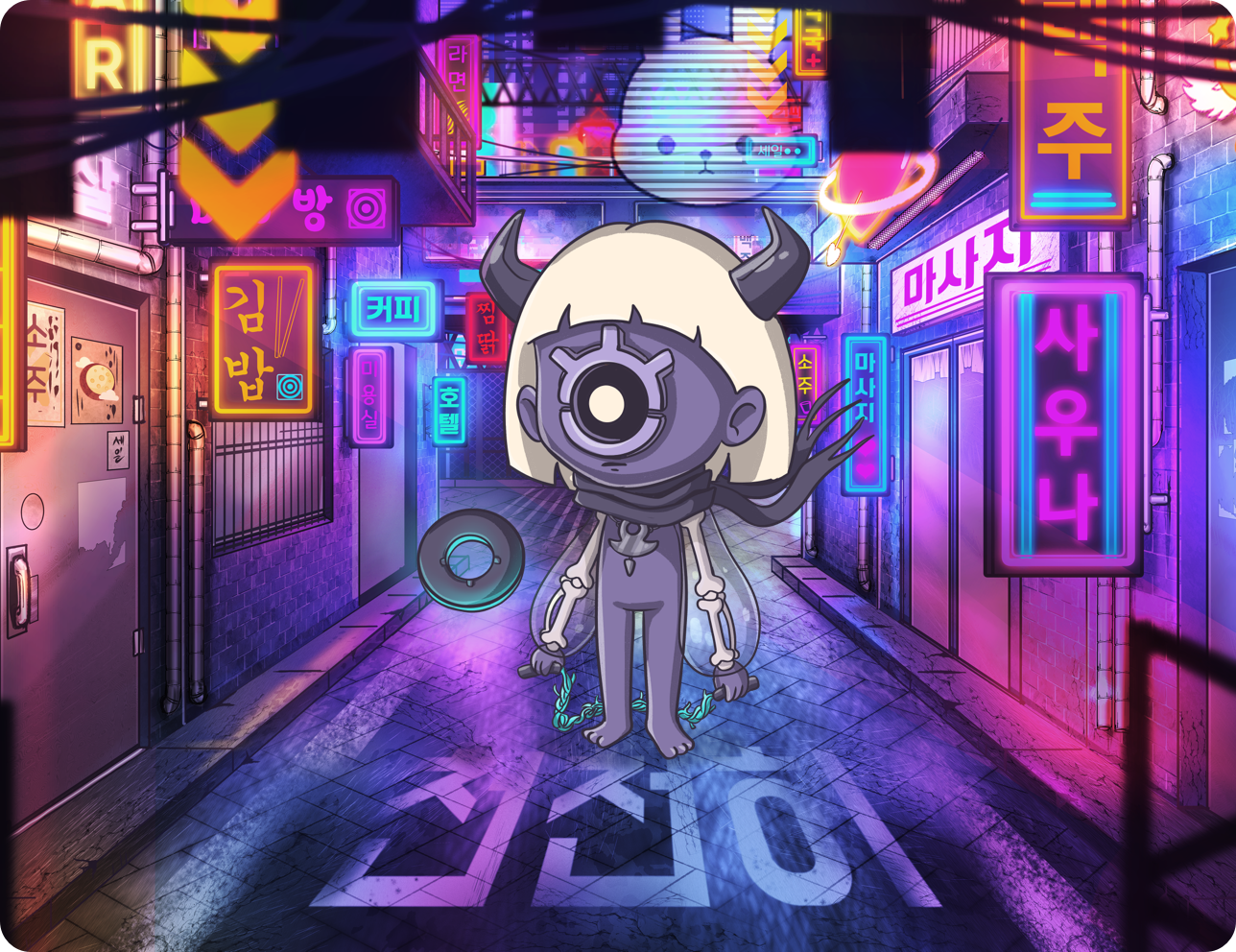 Salus was born to an idol father (Furrina) and a human mother and only has one eye, but it is a big one. Salus can see into the future but never farther than a couple minutes. Salus likes to hangout with Juno and hopes to learn how to use his powers better. Salus is humble. 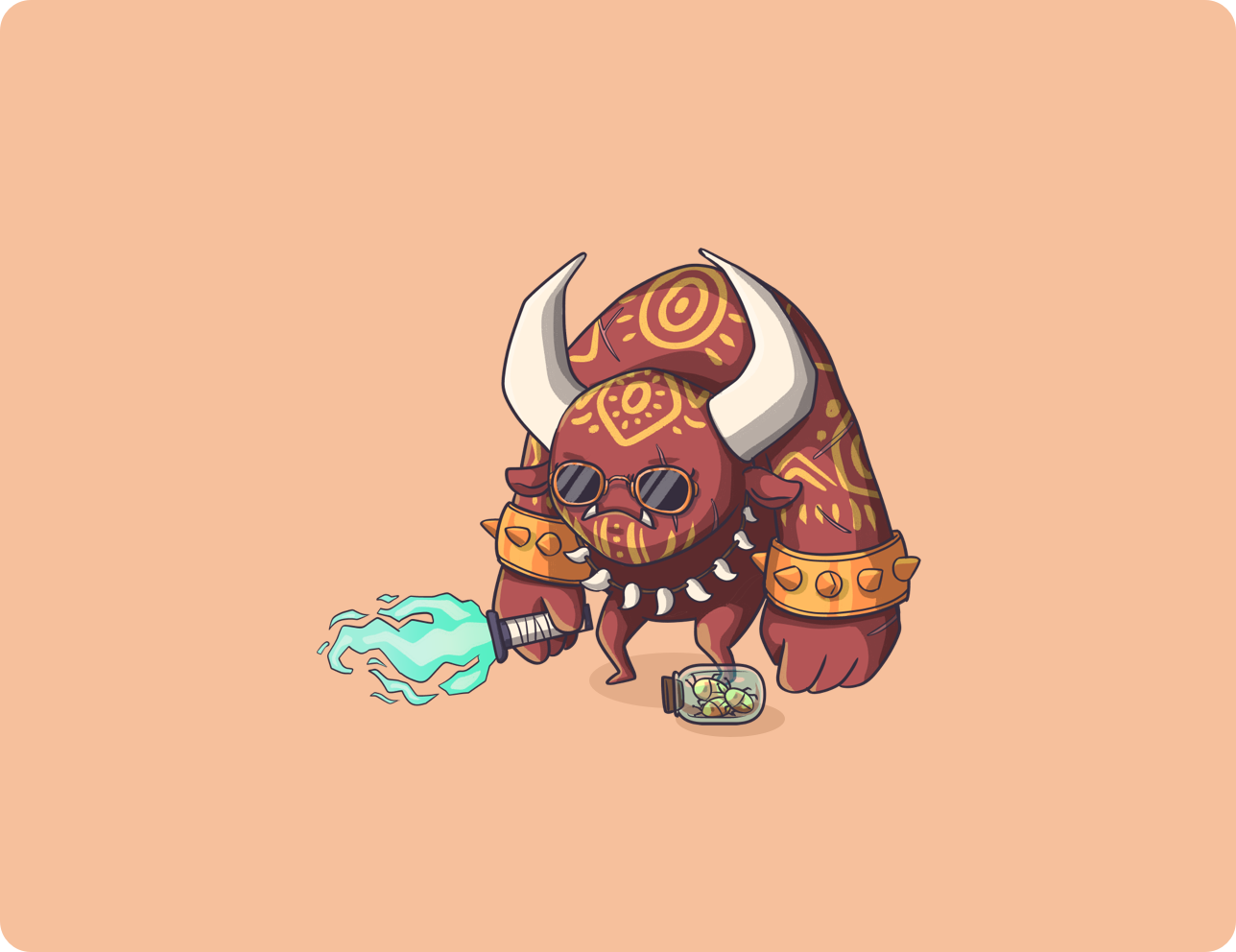 Lupercus is mean, vicious and not to be messed with. While most Idols are easy going Lupercus is always ready to fight with anyone and anything. Lupercus has tattoo's and scars. Lupercus is also the smallest of the idols.

Welcome to the land of Idols. We hope your adventure through the Cosmos has been eventful, heck you got here right!?

Idols is an NFT collection with humble beginnings. At first it will be about collecting all the idols, but later on it will be a future with dynamically updated NFT’s based on chain data for your wallet.

The goal of Idols is to give the Juno/Neta/Cosmos community a high quality, robust set of characters they can collect and teams/validators can integrate into their services, dapp's or games. Bascially an onchain patronus.

Explain the Variants and Tiers please:

What is the point of having an Idol?

Glad you asked, give this twitter thread a read: Why would you want an Idol?

When can I update my Idol?

Idols will already have the ability to be updated when minted but not visually. We will be working on those meta-data updates as we go with a possible easter egg quest that happens during Season one. We will be using the funds from Season One to start building the app that allows you to complete quests and update/upgrade your Idol. The actual image you get when minting your Idol will be your key to unlock your animated Idol in the app.

What is an Elite Shard?

Every Idol has the ability to manifest their Shard. This is an Ultra powerful variant of the Idol and allows them to take on a new form with special abilities and powers.
If you look at the graphic above there are only 20 Elite Shards per Idol. That is 0.66666666666667% of the 3000 supply of each Idol. If you get one, well holy crap you are lucky.

What is this "Shard-Drop" I heard about?

Whelp, in Season One, to keep things interesting we are reserving 3 Tier V Elite Shards to randomly drop to wallets that have minted an Idol.
This will happen as soon as the Idols are fully minted and will be done using CronCat to fulfill the drop.So hopefully one of you mint some Idols and then get your wallet addy randomly selected and boom you get 1 of the 3 that will be dropped.

How much will Idols cost to mint?

Depends on if you were a staker in the Neta DAO. If you staked your NETA with the DAO then we took a snapshot Taken at August 25th at 4:40pm PST and your wallet will be able to mint early.See full Idols mint price and details here

Who are the "Frens of Idols"?

Idols team has a wonderful group of frens advisors.
They are:

Some Idols will be held in reserve for marketing and development of future Idols. Only 3 of the 60 total Elite Shards in Season One will be held for a Shard Drop. The rest will need to be minted by YOU!

Idols is being developed by Josh Lee, or @wtrsld, with much help from all over the Cosmos to bring this collection to life.

Have a question? Reach out to us @BeholdIdols on twitter.

"Idols come and go
As far back as they can remember
Time requires accounting
of the mischief they make."Whispered by Juno in the 34th Fairdant

Are you a Juno/Neta/Cosmos team or validator that would like to collaborate with Idols?
Reach out and let us know what you are thinking, we'd love to link up and make something happen!